The Government of National Capital Territory of Delhi today awarded the renowned Urdu Scholars, Writers, Poets, Journalists for their contribution towards Urdu Literature & Language in a function organized by Urdu Academy at Delhi Secretariat.

The function was presided over the Vice – Chairman, Urdu Academy Dr. Majid Deobandi while it was attended by Secretary Urdu Academy Shri SM Ali and a number of eminent personalities.

Secretary (Languages), Shri Sharma announced that Government of Delhi is committed to promote & propagate Urdu Language. He said that academy will organized seminar & symposium time to time seeking suggestions from the eminent scholars of Urdu language for promotion of Urdu language. 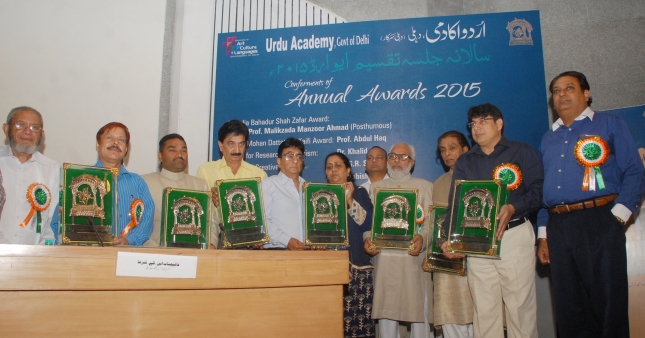 On the occasion, about 700 saplings of Neem, Peepal, Jamun, Amaltas, Arjun, Pilkhan, Sissam, Begonia, Barh etc. were planted in an area of about 3 acres of land in Mandoli Extension.

Speaking on the occasion, Shri Imran Hussain stressed upon the need for providing clean and fresh air to densely populated areas of North East Delhi by effecting maximum plantation.  Minister lauded the effort of Chaudhary Fateh Singh for promoting plantation in the area in a big way.

Sh. Hussain appealed to the School children and general public for adopting at least one tree and take a pledge to nurture them as one of their own family members. It was also informed that more plantation drives will be undertaken in various parts of Delhi, in the current monsoon season which is conducive for survival rate of plantation. He informed the general public about Delhi Government’s commitment for increasing green cover of Delhi from present 20% to 25% in next five years.

Chaudhary Fateh Singh while expressing his gratitude to  Minister for leading plantation drive in the constituency assured that the appeal of  Minister will be honoured by children and residents by effecting maximum participation in plantation drive.

Delhi Government on Monday issued a draft notification imposing a complete ban on the sale, production, storage, supply and use of nylon, plastic and Chinese Manjha and any other Kite-flying thread which is sharp or made sharp as by being laced with glass, metal or other sharp objects in National Capital Territory of Delhi.

(PLEASE FIND ATTACHED THE COPIES OF NOTIFICATION IN ENGLISH & HNDI)

Kite flying shall be permissible only with a cotton thread/natural fibre free from any metallic/glass component.

The draft notification is being issued in accordance with existing provisions of relevant laws and notifications which make it mandatory to invite public objections within a period of 60 days, following which a final notification will be issued.

Delhi government on Monday issued promotion orders of 632 doctors working in various positions across the national capital. Final orders have been issued following approval from the Competent Authority.

Break-up of the 632 promotions is as follows :

Mr Satyendar Jain has directed the Department of Health to speedily process all other pending proposals for promotion, particularly of doctors working with the Delhi government.

The Minister took Natures Walk around the City Forest alongwith area MLA, senior officers of Environment and Forest Department, school children and local residents.   He inaugurated two Eco Huts which have been developed for enjoying nature in the City Forest.

Minister speaking on the occasion Sh. Imran Hussain lauded the efforts of Area MLA which helped in the development of City Forest in Mitraon.  Minister further informed that Delhi Govt. is committed to increase green cover of Delhi from present 20% to 25% in next 5 years. He also informed that in the last one year there has been appreciable increase in the green cover of the city for which Minister complimented all greening agencies.

The Minister informed that the AAP Government headed by Shri. Arvind  Kejriwal, Chief Minister is committed to provide clean air, water and environment to its residents, developing city forests in a significant  step in this direction.

Shri Hussain further encouraged theaugust gathering including school children for planting atleast one tree and also nurture plantations like their family members.   It was also stressed by the Hon’ble Minister that City Forest so developed also  needs to be properly maintained and also needs to be provided round the clock security for preventing encroachment and also for ensuring safety of the visitors of the City Forest. Hon’ble Minister also directed Forest Department to develop more city forests expeditiously in the other parts of the city as well.

He appealed the people to plant as many trees as possible during the ongoing monsoon season which ensures better survival rate of the trees/ plants.

Sh. Kailash Gahlot thanked Minister for taking keen interest  and assuring that Environment & Forest Department shall developing Mitraon City Forest at fast pace.  Sh. Gahlot further expressed his gratitude to the Department for their efforts and assured that the residents of the area will remain thankful to the Minister and Department for providing them a clean and green environment in the form of City Forest for the times to come. 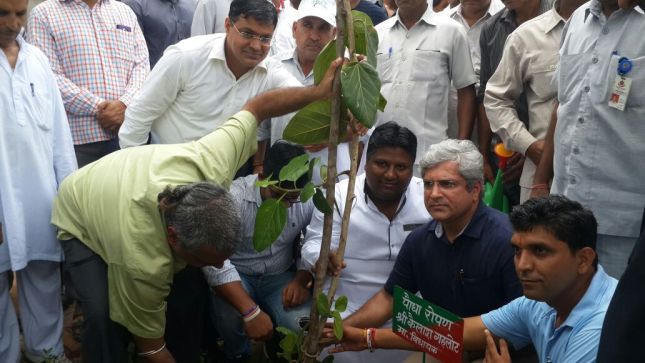 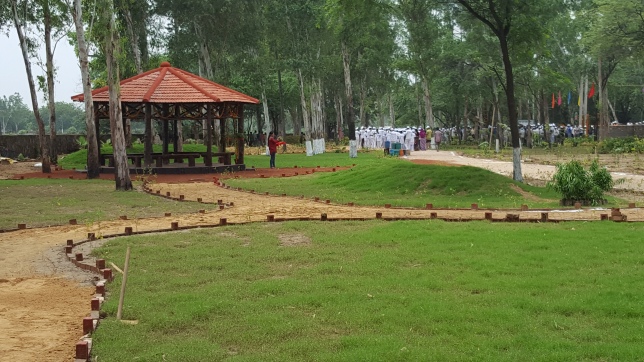 The Delhi Cabinet, in its meeting on Tuesday chaired by the Chief Minister Mr Arvind Kejriwal approved the annual excise policy for the year 2016-17.

The policy states no new licences will be provided for opening liquor shops (under L6 and L7 categories) during the current financial year.

Only L10 licences will be granted for opening shops in shopping malls.

The highlight of the policy is that recently constituted Mohalla Sabhas will decide about the location of a liquor shop in their residential areas.

In case 10 percent voters in a particular Mohalla Sabha file a complaint about any liquor vend in their residential locality, then a Mohalla Sabha meeting can be organised by 15 per cent of its members, making a quorum.

To encourage the role of women in decision-making, it will be mandatory that 33 per cent of women should participate in such meetings.

“If a Mohalla Sabha decides by two-thirds majority against having a liquor vend in the area, the government will immediately shift it from that place,” Deputy Chief Minister Mr Manish Sisodia said.

He also said that every liquor shop owner/manager will now be responsible for maintaining decorum around the shop, failing which they will face strict action, including cancellation of the licence.

In their petition submitted to the Minister, the representatives sought a 30 – 40 per cent hike in the minimum wages. They submitted that the cost of living in Delhi is much higher than in other states and it is difficult to survive on the current wage rate.

Earlier in the week, representatives from various trade and business associations of Delhi had also met with Mr Gopal Rai and submitted their recommendations on the issue of minimum wages. 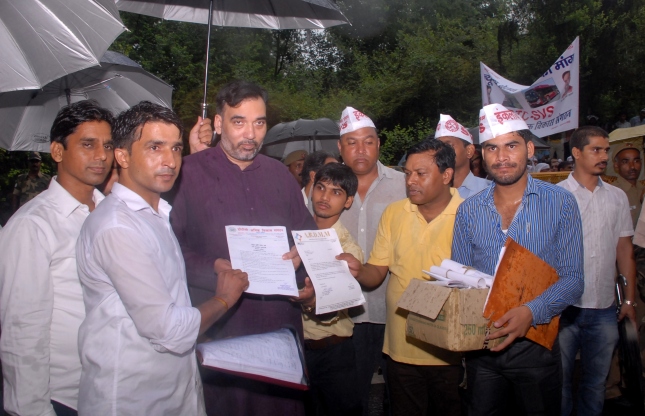