Minister, Food & Civil Supplies, Sh. Imran Hussain today held a review meeting with Commissioner, Food & Civil Supplies for providing cashless payment facility in all the Fair Price Shops functioning in Delhi.  Commissioner (F&CS) informed the minister that there are over 2380 FPS in Delhi and discussions are already on the way with Bank of Baroda to provide swipe machines to each and every FPS.  The FPS owners are opening their accounts in Bank of Baroda and this exercise is expected to be completed within the month of January, 2017.  With the installation of swipe machines, ration card holders can make payment for procuring foodgrains through Rupee Card, Debit Card, Credit Card etc., if they are short of cash.  He further informed that this will be an additional facility for those card holders who do not have cash for payment.

Moreover, FPS owners have also opened their accounts in Axis Bank.  The Axis Bank is providing “Pool Power Facility” for online transfer of their funds to Delhi State Civil Supplies Corporation (DSCSC) to make payment for the purchase of foodgrains from DSCSC.  In this manner, the whole system of public distribution will have facility of cashless payment within the month of January, 2017.

The Minister appreciated the measures taken by the Department and further directed to complete cashless payment in all FPS by end of January, 2017.

Shri Imran Hussain further reviewed the status of installation of Point of Sale (PoS) devices in FPS.  Secretary (Food & Civil Supplies) informed that Request for Proposal (RFP) document has been prepared and tender shall be floated soon.  He assured that the award of work and installation of PoS machines shall be completed within this financial year.

Average number of beneficiaries of old age pension was 4.08 lakhs in 2015-2016. Under Ladli scheme 1.74 lakhs girls got financial benefits during 2015-16. Financial Assistance/ Unemployment allowance was given to 65070 disabled persons during 2015-16. 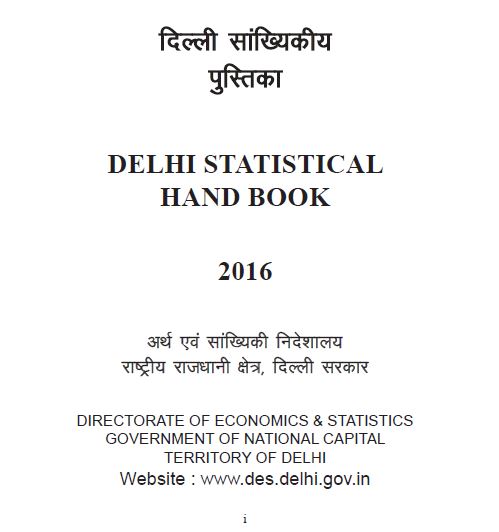 Environment Minister Imran Hussain on Thursday reviewed the status of existing ambient air quality in Delhi, with the officers of the Environment Department and the Delhi Pollution Control Committee.

The Minister enquired about the status of directions given to various departments on the levels of PM2.5 and PM10 around AnandVihar and Punjabi Bagh area.

(PLEASE FIND ATTACHED THE VARIATION IN PM2.5 & PM10 CONCENTRATION LEVELS IN THE AIR)

The Environment Department informed that analysis of the data of different pollutants shows that levels of PM10 and PM2.5 in Delhi is showing decrease in trend and there is improvement ambient air quality.

The Minister was apprised that air quality in Delhi specially during the winter is influenced by multiple factors such as metrological parameters such as wind speed, wind direction, humidity and solar index. Fog and smog are two separate environmental phenomenon(s). The present scenario of weather in the City is primarily due to fog.

The Delhi government on Wednesday decided to restructure and upgrade the two key institutions in-charge of teacher education in Delhi – State Council of Education Research and Training (SCERT), and District Institutes of Education and Training (DIETs).

The decision was taken at a high-level meeting chaired by the Deputy Chief Minister and Education Minister, Manish Sisodia.

“Recognising the primacy of building strong academic and institutional foundation for the series of reform initiatives in education being introduced by the AAP government in Delhi, the government today has decided to restructure and strengthen the SCERT and DIETs,” said the Deputy Chief Minister.

Formed in late 1980s, SCERT and DIETs have been supporting school education in Delhi through various programmes including pre-service and in-service education of teachers, development of appropriate curriculum and material for teachers and students, and undertaking research studies on the problems related to school education in Delhi. While there has been an almost continuous expansion in the role and mandate of these institutions since inception, the organisational structure, sanctioned staff positions and management policies have hardly changed.

As part of the restructuring initiative, the Delhi government decided today to substantially increase the number of academic faculty positions at SCERT and DIETs from around 240 currently to over 600 to enable these institutions to better serve their objectives. It also decided to upgrade the pay-scales and qualifications for faculty to UGC levels, as is followed by NCERT, to attract best education talent nationally to work in Delhi. In addition, it was decided to open 2 new DIETs in Delhi, offer Diploma in Pre-School Education courses at all DIETs, and B.Ed. degree courses at three DIETs.

This entire restructuring exercise will be carried out under the advice of an Expert Committee setup by SCERT, and under the guidelines of MHRD’s Centrally Sponsored Scheme on Teacher Education. The meeting was attended by Finance Secretary, Education Secretary and Director SCERT.

Help the homeless this winter

For helping the homeless in this severe winter please come forward to donate blankets, mattresses and any other things you consider useful.

Organisations are welcome to come forward for adopting a Night Shelter (Rain Basera) by  providing food to the homeless.

Environment Minister Imran Hussain on Monday reviewed the current situation of ambient air quality in Delhi with the officers of the Environment Department and the Delhi Pollution Control Committee.

The Minister sought to know about the influence of various metrological parameters including wind speed, wind direction, temperature, humidity and solar index on air in Delhi specifically with respect to the past weekend air quality.

The Environment Department informed that analysis of the data of different pollutants shows that levels of PM10 and PM2.5 in Delhi showed an increasing trend on 23rd and 24th December, due to non- dispersal of pollutants with low temperature and low wind speed. 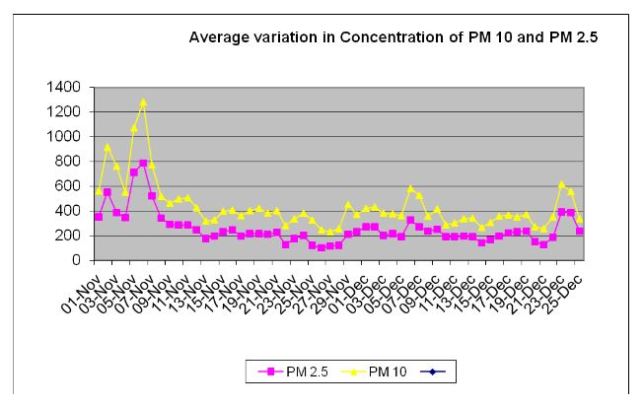 Deputy CM Manish Sisodia inaugurates 8 libraries constructed under Swaraj Fund along with Water Minister Kapil Mishra
8 Libraries and Senior Citizen Centers launched in Karawal Nagar, which were development works decided by the Mohalla Sabha Pilot held in 2015-16
Delhi Government had conducted over 400 Mohalla Sabha meetings in 11 constituencies to ask, tabulate and execute works that the citizens of the Mohalla Sabha wanted and needed in their community
To execute this, Delhi Government has piloted the Swaraj Fund, under which all development works would be proposed and awarded by Mohalla Sabhas, for which Rs. 350 crore was allocated in 2015-16.
These 8 libraries are a landmark in Delhi Governance because the decision for these 8 libraries was not taken by bureaucrats, officers or politicians but by the people directly. 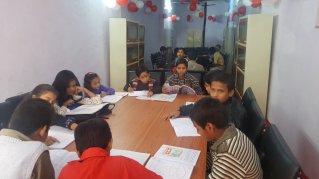 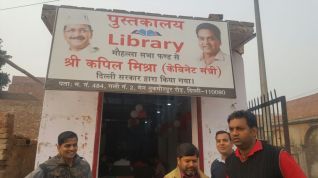 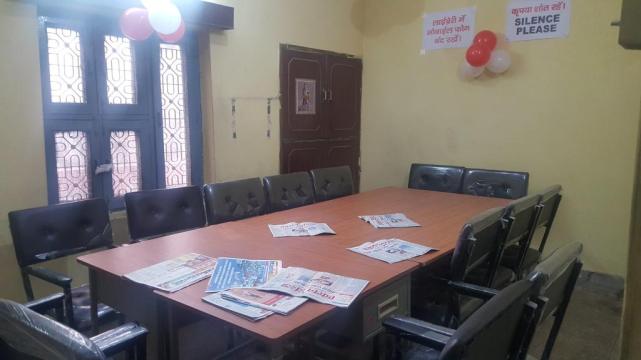 Officials of multiple departments gather to resolve grievances of schools

Government of Delhi has constituted School Management Committee (SMCs) – comprising largely of parents – in every school, as a means to ensure local accountability. However, despite best efforts by the SMCs, several grievances have remained unresolved due to intergovernmental and interdepartmental coordination challenges. As a result, students and schools suffer.

To deal with this, Directorate of Education organized School Management Committee(SMC) Sabha in Wazirpur Vidhan Sabha on 25th December 2016.

Parents, Social Workers and Principals from all the 16 schools of the assembly constituency were present in the SMC Sabha.

School Management Committee is mandated under Right to Education and comprises of parents, social worker, elected representative, Principal and teacher.

Officials from different departments of Governments were present to resolve grievances of the parents. Officials from Public Works Department(PWD), Delhi Jal Board(DJB), Delhi Police SHO, Sub-Divisional Magistrate(SDM), and Deputy Director (Education) were present. MLA Mr. Rajesh Gupta and Advisory to Deputy Chief Minister Ms. Atishi Marlena were also present. They patiently heard grievances and suggestions from parents that ranged from water supply, electricity connection, to renovation and maintenance of schools. The officials clarified rules, and committed to resolving the issue in a time bound manner.

Some security related concerns that arise out of illegal parking, or around the school closing time were also flagged. The SHO promised more vigilant patrolling close to schools during school closing hours. PWD gave timelines regarding minor repairs in schools. Filtering of drinking water and maintenance of ROs emerged as a major issue of concern of all schools, for which the PWD would be issuing guidelines.

The SMC Sabha is a unique model of governance devised by AAP Government to bring multiple stakeholders together to cut down the red tapism and bureaucratic coordination hurdles. The model has increased accountability of officials not just to their senior officers but to people at large and thus strengthening democracy.

The people were very happy to see them being taken with extreme seriousness by the officers and expressed hope of improved governance.

Delhi Government on Friday conducted a workshop on the theme “Alternative Dispute Resolution for Quick Redressal of Consumer Disputes” in Main Conference Hall, Delhi Secretariat on the eve of the National Consumer Day.

The Minister stated that this will help in reducing the workload of cases on the justice delivery system on one hand and at the same time help in resolving consumer disputes in simple and speedy manner. This will also help government in augmenting its revenue as people will ensure that they obtain the bills/receipts while buying products.

The National Consumer Day provides an opportunity to educate the consumers about their rights and also for the mechanism for resolving the grievances. The Consumer Affairs Department of Government of NCT of Delhi is the nodal Department for consumer awareness, protection and welfare. Protection of consumer rights and redressal of grievances stands at the top of the governance agenda of the Delhi government. 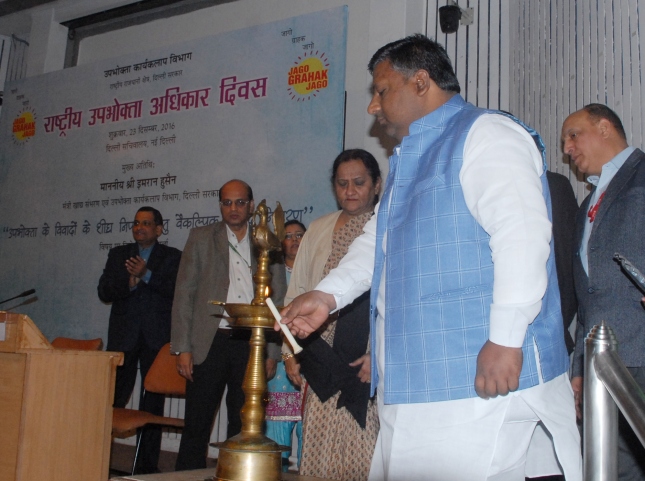 Delhi Govt writes to Centre on Kathputli colony evictions by the DDA
Please find attached a copy of the letter written by Urban Development Minister Satyendar Jain on the Union Urban Development Minister Mr M Venkaiah Naidu on the issue of eviction of residents of the Kathputli Colony.
The minister has stated that there should be no forcible evictions since complaints are being received about residents being forced to sign agreement slips to leave their dwellings.
He has asked the central government to ensure the agreements with residents are without any coercion and they are fair. 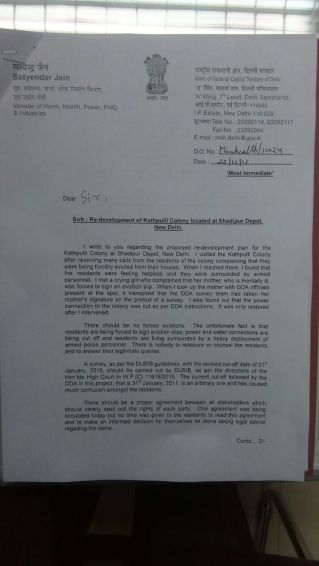 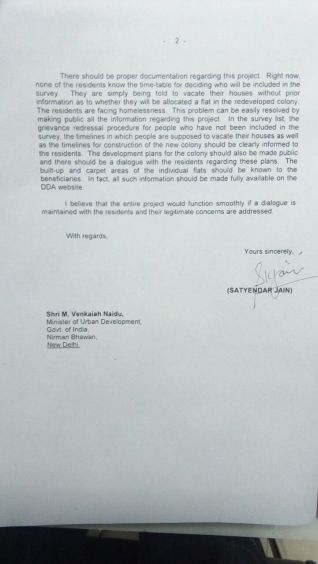